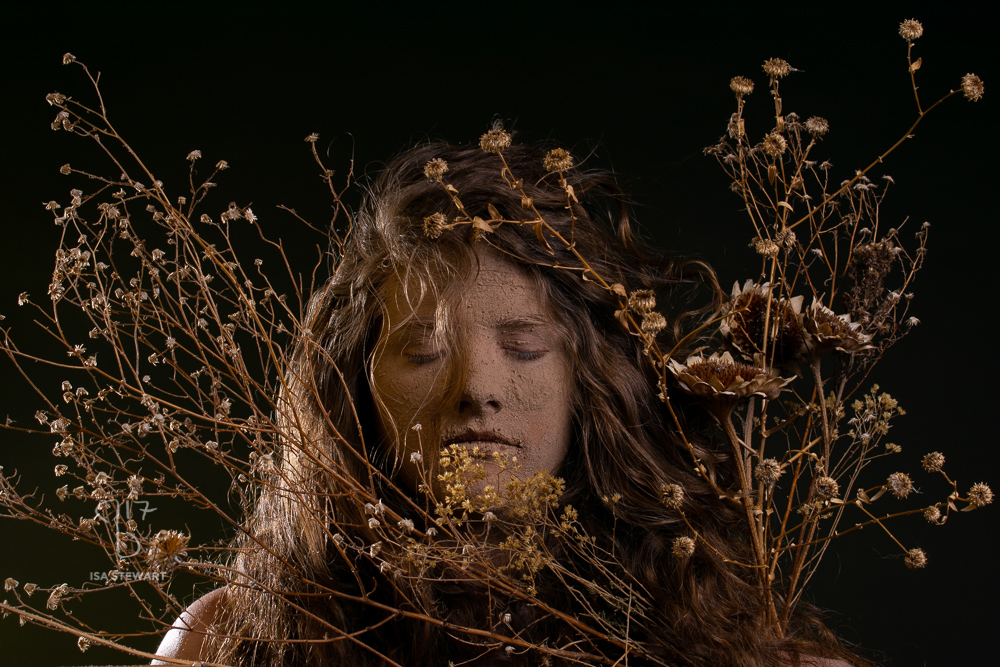 Faces of Flora was originally inspired by the New Mexico drought. In particular, a nearly snowless year in Taos, NM, and the effects of the record low precipitation of this winter was dangerously noticed in the countryside. What would normally be lush pastures and flowering trees where gnarled leaves caught between late frosts, which were not uncommon, and a lack of water in a season that would normally be soaking in the residue from snowfall.

New Mexico is known for the barren landscape of its high desert profile, and the loss of a green spring spelled an added sense of desolation in the land. The wilted and dried stems and leaves inspired me, and I was filled with a desire to recognize the peacefulness in the dead, the barren, and perhaps the sadness and concern that lives in me when thinking about our ever erratic seasons and weather.

This series is a part of an event called Guerrilla Photo Group, hosted weekly on Thursdays at the Wereloft, a photography studio in Taos. This space is a collaborative learning and makers space photography and the arts, with free access to a full studio and a network of models.

I’m always open to and searching for more models, for this and other shoots, and search playful collaborations and provocative art.

The continuation of the series will explore other emotions, colors, and themes.

Thank you for reading!

I hosted Guerrilla Photo Group Taos for two years running. Am currently taking a sabbatical, in reviewing the next big project, while attending school for leadership.

In the studio, you may find me working on illustrative projects, building Moromi Design, or being an inquisitive photographer.

On my favorite days I'm collaborating with other artists, and realizing a responsible global, heart-fueled lifestyle.